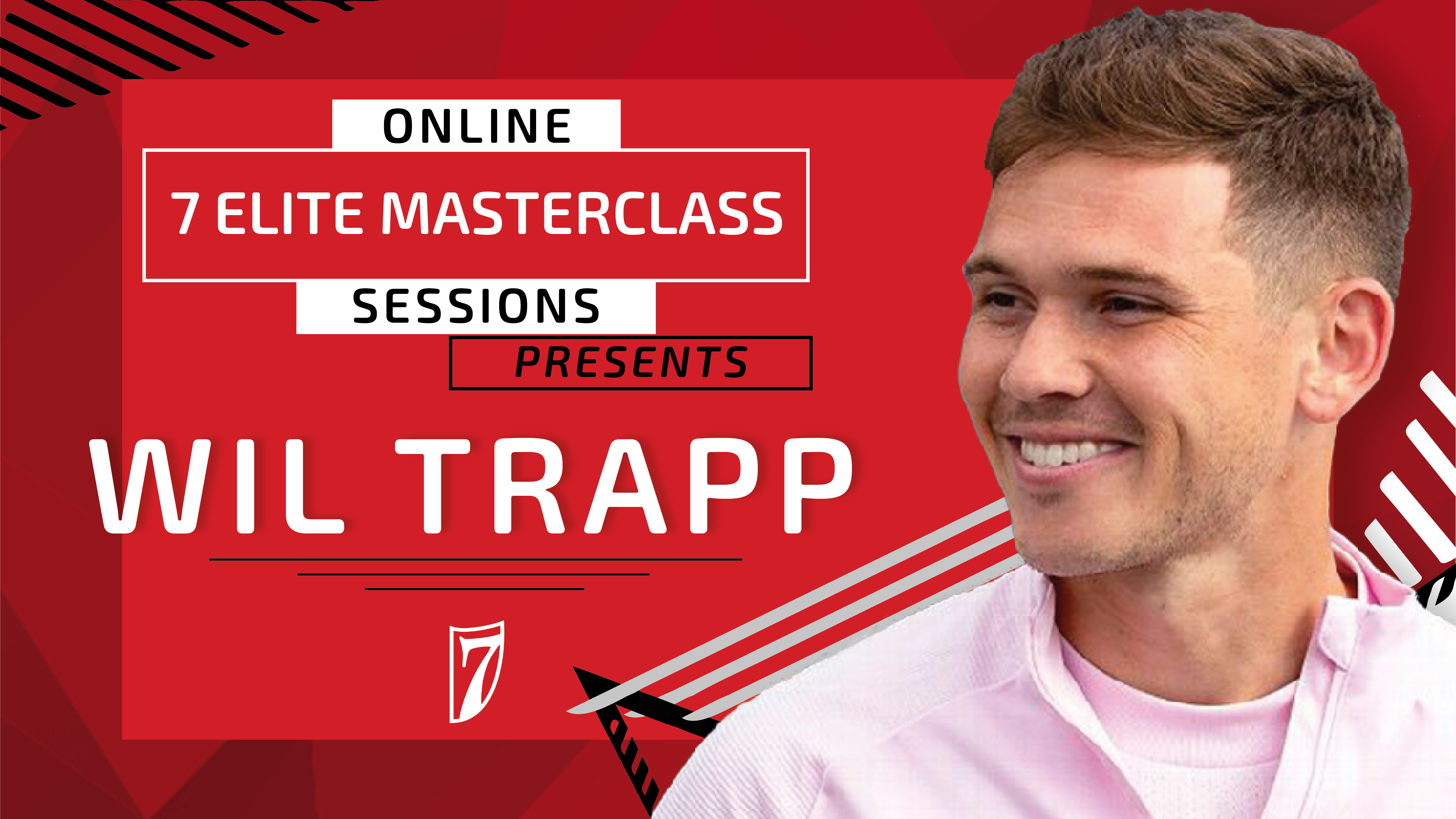 Inter Miami and US National Team star Wil Trapp has praised the ownership style of David Beckham in an exclusive Online Masterclass with 7 Elite Academy.

7 Elite Academy, which coaches hundreds of players in the United States, United Kingdom and Africa, is running a series of Online Masterclass sessions with high-profile names from within football.

The sessions are designed to give 7EA players a unique insight into the lives of leading players and coaches during the current Covid-19 restrictions.

And in the first 7 Elite Academy Online Masterclass, Trapp led the praise for Beckham’s leadership as co-owner during Inter Miami’s much-anticipated expansion into Major League Soccer.

He said: “I’ve just been so impressed with his attention to detail. He is a global icon, but when he walks into dinner, shakes everyone’s hands, knows their name and looks them in the eye, you can see he cares about the people he is in charge of.

“From a management perspective and from a leadership perspective, that has been so impressive to me.

“We had the first home game coming up right before the Covid-19 suspension and we were about to play LA Galaxy, David’s old team, so there was huge marketing for the game.

“At training just two days before the game, he and Jorge (Mas, another co-owner) walk onto the field, they are talking personally to all of us players, describing the situation, here’s what is going on, we want to be there in person to tell you guys this, so you understand our level of commitment.

“That was so telling. It’s more than just a case of ‘we own this club and you guys go do it’. We say La Familiar, or we’re a family. We’re really trying to create a culture of being together all the time and believing in each other and trusting each other, and that was a huge thing for me to see very early on. They’re actually walking the walk of what they’re saying.”

The first 7 Elite Academy Online Masterclass is now available as a 90-minute interview on the 7EA Youtube channel, where Trapp also gives advice to youngsters who can’t training together during the current restrictions.

He also answers questions about his career sent in by 7 Elite Academy players and coaches, and also spells out his Top XI sides in a Fantasy Football session.

The 27-year-old, who has captained USA Men on a number of occasions, believes education is equally important for players who are looking for a career in the professional ranks.

He added: “I always found school I liked. It’s really important that you can have conversations with people and talk about things beyond just soccer.

“We love to talk about soccer and the more you study other things, the more connections you see with soccer. So for me education was something that pushed my mind to continue to grow and make connections in new, creative ways.

“I graduated in December from Akron and although it is hard to put a value on a College degree, for me the idea of accomplishing that was really important. Education of your mind, growth and keeping yourself sharp, you have to do it.

“It may not be the easiest thing that comes to you, but certainly working at it will help you in other realms of your life. If you’re working hard in school and it’s not easy for you, then maybe that translates into you working harder at soccer and being even better than you thought you could be.

“We often just compartmentalise school, soccer and family, but they’re all connected in so many ways. Those lessons that you find in one can be translated into the others.”

7 Elite Academy Global Technical Director Anthony Godfrey is recording the Online Masterclass sessions to help the organisation’s youngsters continue their development, both as players and young people, ahead of a return to training sessions and games.

He said: “Having Wil Trapp, a player who has achieved so much domestically and internationally, talk to us on the first 7 Elite Academy Online Masterclass is a massive coup. I am so thankful to him for taking part and passing on vital advice to our players.

“David Mayer, our Head of Foundation, played with Wil during his college days in Akron and they have an excellent friendship that is benefitting our players in so many ways.

“As an academy that has players on three continents across the world, we are determined to keep our players safe, informed and overall motivated to keep training when they can during the current restrictions.

“We have a long list of players and coaches from across football who have agreed to talk to us over the next weeks and months. They will all have a unique view on the sport, giving our players a broad spectrum of knowledge that they can use when we get back on the training grounds. “The relationships we have with our players, both as coaches and mentors, has been excellent over the last few weeks. Every player has a specialised home training program that gives them a set of coaching activities to carry out at home.

“We are also holding regular online team meetings via Zoom, where those relationships between players and coaches can be further strengthened.”